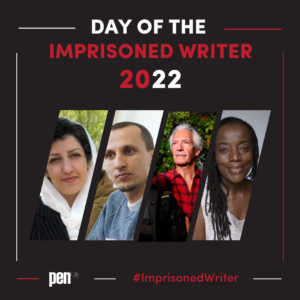 I read an interview you gave on June 4th, 2021, and ever since I have been haunted by your answer to one of the questions you were asked: Why has the judiciary acted so harshly against you? You said, “Mainly because I am woman who does not give in.” skriver Siri Hudstvedt til Narges Mohammadi.

People like you really irritate the authorities. People who just won’t drop their bundle of human values and run, who cannot compromise on the sanctity of life, the integrity of the body… skriver Ahdaf Soueif til Narges Mohammadi.

Don’t lose heart or give up, because your ideas and your vision of the future is shared by millions of people, inside and outside of Ukraine.  Skriver Anne Applebaum til Server Mustafayev.

You may never see this letter but I hope that it may reach somehow reach you so that you know you have supporters who think of you with great admiration for your courage and who are working for your release. Skriver Margaret MacMillan til Server Mustafayev.

We will know we have won when you and your fellow Crimean Tatars have been freed. The evil started with your oppression- and it will end with you too. Skriver Peter Pomerantsev til Server Mustafayev.

Writer, filmmaker, playwright, activist and one of the founding members of PEN Zimbabwe. Dangarembga was arrested on 31 July 2020 by members of the Zimbabwe Republic Police with neither warrant nor explanation, while peacefully protesting government corruption on a deserted street in Harare. Released on bail of ZW 5,000 on 1 August, on 29 September 2022, she was sentenced by a Zimbabwe Magistrates Court in the capital, Harare, to 6 months imprisonment, wholly suspended for 5 years on condition that she does not commit a similar offence. PEN International has been calling for the authorities to immediately drop all charges against her since August 2020.

Renowned Guatemalan journalist and founder of three of the most read newspapers in Guatemala and Central America: Siglo Veintiuno, Nuestro Diario and elPeriódico. Together with his colleagues, Zamora has focused on investigating and exposing corruption in public administration and the private sector. On 29 July 2022, Zamora was arrested at his home and brought to jail by the National Civil Police.. His arrest came five days after strong accusations of corruption against several present and past government officials were published in a Sunday edition of elPeriódico. PEN International calls on the Guatemalan authorities to release him immediately and unconditionally and end all criminal proceedings against him.

Iranian writer, journalist, human rights defender. Mohammadi was arrested and arbitrarily imprisoned on several occasions over the past years. She was imprisoned at Evin Prison in May 2015, and in 2016 sentenced to 16 years imprisonment on several counts, including for “taking part in assembly and collusion against national security” and “spreading propaganda against the state”, in relation to her human rights activities. In October 2022, PEN International learned that Mohammadi was sentenced to another 15 months in prison, followed by a two-year ban on travel. In addition, prison authorities issued a two-month ban on phone calls with her family in Iran as a punishment for her leading role in organising protests in prison in solidarity with the protest movement that swept the country following the death of Mahsa Amini.

According to her family, Mohammadi is now facing a total of 10 years imprisonment, 150 lashes, and a 12 million Iranian Rial fine (approximately £250) in addition to the restrictions imposed in October this year. Mohammadi suffers from a neurological disorder that can result in seizures, temporary partial paralysis, and a pulmonary embolism for which she is said to be denied essential medication. PEN International calls for her immediate and unconditional release. The organization also calls on the Iranian authorities to ensure Mohammadi’s physical and mental well-being, to grant her full access to all necessary medical care as a matter of urgency.

Crimean Tatar citizen journalist and human rights defender, founder and coordinator of the grassroots, human rights movement Crimean Solidarity in Russian-occupied Crimea. On 21 May 2018, Federal Security Services (FSB) officers raided Mustafayev’s house in Bakhchisaray, southern Crimea, before taking him to the FSB headquarters in Simferopol. He was placed in pre-trial detention the following day and charged with ‘membership of a terrorist organisation’ over his alleged links to Hizb ut-Tahrir, an organisation banned in the Russian Federation but legal in Ukraine.

On 22 February 2019, Mustafayev was further charged with ‘conspiring to seize power by violent means. On 16 September 2020, Mustafayev was sentenced to fourteen years in a strict regime penal colony on trumped-up charges. His sentence was upheld in March 2022. He is not expected to be released prior to September 2034. PEN International believes that Server Mustafayev is being targeted for his human rights work and for peacefully exercising his right to freedom of expression, and calls for his immediate and unconditional release. 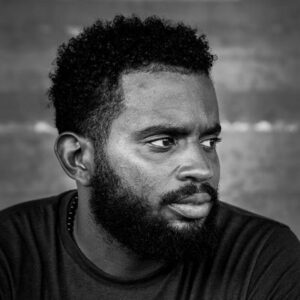 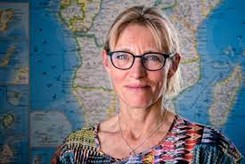 Northern Africa has been always occupying a special place in the Arab world. Located at the meeting point of different connection routes from Sub-Saharan Africa to the Central and Western part of the Mediterranean Basin, the region from Mauritania to Libya (historically including also al-Andalus and Sicily) shows a rich and variegated cultural landscape made up of diverse languages, human groups and schools of thought intermingled in a unique way.
In these two presentations we would like to shed light on two peculiar components of the North African literary and cultural history.

Literature in French from the Maghreb by Alessandro Gori

French colonial rule deeply influenced the linguistic and literary panorama of Northern Africa, radically and durably modifying it. One of the most relevant consequences of the presence of France in the region is the birth and blossoming of a literature produced in French by local Mauritanian, Moroccan, Algerian and Tunisian writers. In the presentation I will focus on perhaps the most developed of these four literary productions, the Algerian one. I will first present the historical and political background of the spread of the French language in Algeria starting from 1830. I will then mention the most outstanding representatives of the French literary production in Algeria in their different ideological and literary stances. I will finally focus on two authors, Taos Amrouche (1913-1976) and Tahar Djaout (1954-1993), the biography and cultural activity of which can give a clear and vivid impression of the many facets the Algerian literature in French has.

This evening is about literature in two Arab Gulfstates: the Sultanate of Oman and Saudiarabia. Both countries have some very interesting contemporary female authors and we will focus upon how these authors re-read the culture, challenges and history in the area.

Saudi Arabian women have being fighting to gain their rights of equality and independence. Lately, they could make a huge success in reforming repressive legal laws in Saudi Arabia including the guardianship system. This paper compares the concepts of resistance and female identity in Saudi Arabian novel by female authors. By comparing works by Rajaa Alem, Rajaa al-Sanea, Laila al-Juhani and other female writers, I trace how these authors engage with and represent different forms of female resistance to oppression, and marginalization relating personal gendered issues of patriarchy, gendered stereotypes and sexism in Saudi Arabia to global structures of hierarchy. I also trace the historical changes and gains female characters could realize in the selected works 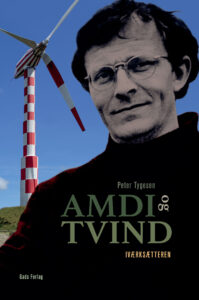