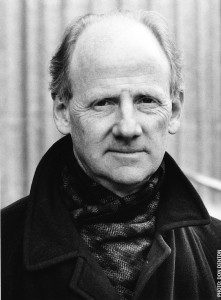 I write this monthly letter from Tunis, where PEN Tunisia is rebuilding itself after the fall of the dictatorship. Naziha Rjiba, President of the Centre and Sihem Bensedrine, Secretary General, took terrible risks during Ben Ali’s time and suffered a great deal. The situation remains complex and fragile, but they are working hard to build and solidify the role of literature and freedom of expression. They used my visit to call a public meeting of writers in order to get them involved in PEN. It was fascinating and successful.

This weekend and next week several hundred of us will gather in Belgrade for the 77th International Congress. You could call it the Congress of reconciliation, with all the Balkan Centres taking an active part. And, of course, Serbian PEN has been caught up in the enormous effort these Congresses require.

For the second year our work to find support for Centres to attend has been maintained with La Francophonie and the Commonwealth Foundation taking part. Thanks to Frank Geary, UNESCO has now joined the group, as well as some individual Centres supporting other Centres with whom they have close relations. We should really try to do more of this.

Two weeks ago I was at the annual meeting of Italian PEN and its annual PEN Prize. With its President, Sebastiano Grasso, PEN Italia is now in a new period of growth and creativity.

After Belgrade, I will go to the Göteborg Book Fair with Swedish PEN to draw attention to the situation of Dawit Isaac and other Eritrean writers. The conditions for the writers in their prison camp are terrible and many of them have already died.  We need to keep pushing for the release of the survivors as hard as we can. The longer they are there the more likely it is that they will die.

We have also organized a number of meetings at the book fair with Nordic publishers to talk with them about joining our PEN International Publishers Circle.

Laura McVeigh is settling in as Executive Director and is already in the midst of several initiatives. She will tell you about them in Belgrade.

Finally, please do think about the opening session of our Congress when we will discuss the future direction of PEN.

Best wishes to all of you and to those of you who are coming, I look forward to seeing you in Belgrade.